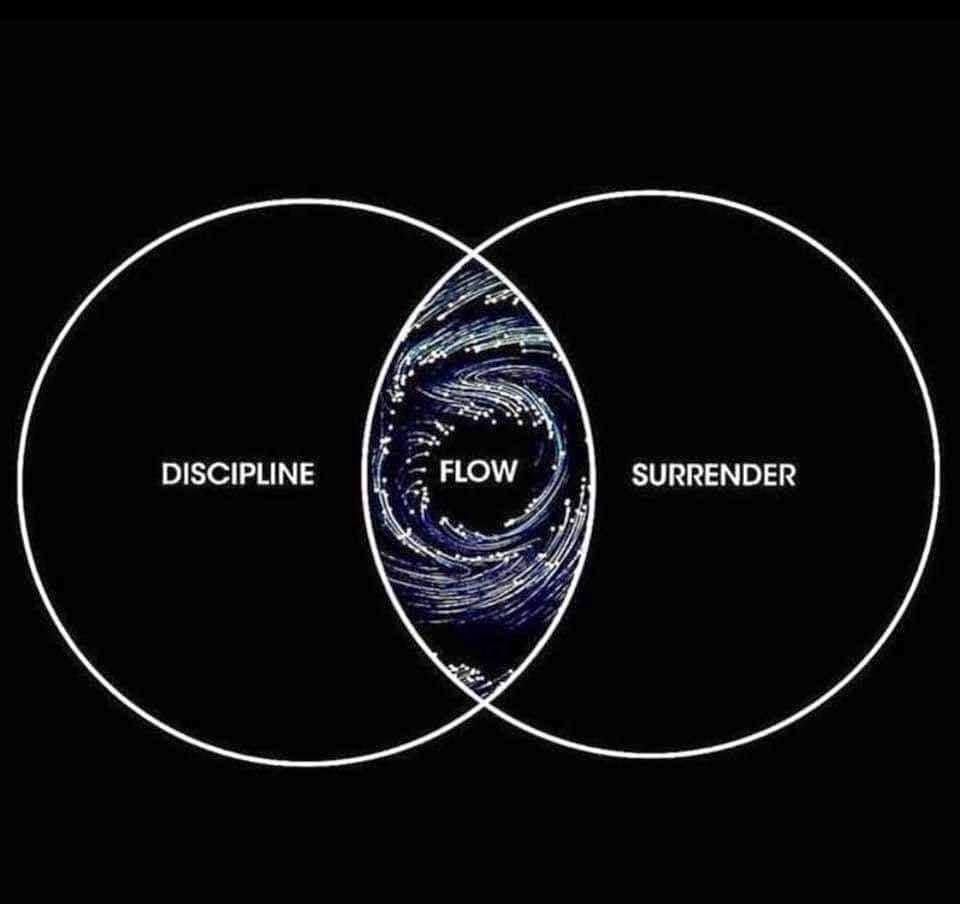 I took pains recently to interview myself after a particularly good writing session, one in which I wrote 2,700 words in a sitting, wrapped up in that most envied of states among writers: the state of flow.

Ah, flow! To be completely absorbed in one’s work to the point that everything else fades away – bills, laundry, emails, life concerns in general – and the created world IS reality, our fingers merely a conduit on the receiving end of a movie-like thread playing out in our minds.

So idyllic when it happens. So rare when it does. That’s why I caught myself afterward.

What had I done to achieve this? How could I make it happen again? What perfect combination of circumstances had led to this fortuitous happenstance, and how could I guarantee myself more of it?

Here’s how that conversation went:

Did you feel prepared to write today?

No. I was pretty nervous, in fact. This chapter involved a fight scene, which I’m unused to writing. I’d envisioned the setting the characters would be in and a bit about how the fight would play out, but I was no more prepared than any other day I commit to write.

So you’re an outliner. Do you feel having a plan limits you as you write?

Not at all. Although I’m an intuitive writer, having a plan ahead of time keeps my story on the rails and prevents it (well, me) from going off into the weeds.

What does it feel like to enter your story and experience the world through your character’s eyes as you write?

When it happens, it feels like the most natural thing in the world. I don’t have to work at imagining what my characters are saying and doing because they’re more real than I am. I’m the observer intruding on their world and their desires. Thankfully, they let me stay and chronicle what they’re up to. It feels more like a privilege than anything else, to be honest.

Would you go so far as to say you’re participating in the collective subconscious?

I don’t know about that. I’m not sure, but I’m not opposed to ruling it out. *laughs* Imagination is a more powerful tool than we realize, and far more accessible to us than we think. That truth, for me, is much easier to acknowledge than to put into practice. I allow too many fears to sway me on any given day. It’s a constant battle to push those voices of fear into the background so I can hear the steady whisper of the story communicating with me.

Interesting. Your story talks to you?

Oh, absolutely. I’m convinced it’s talking far more than I’m able to listen. When the myriad distractions of life aren’t drowning it out, the fear is. Or tries to.

What kind of fear?

*chuckles* You name it. Fear that what I’m capable of rendering on paper doesn’t match up to my vision for the piece, that my writing is cliche or uninteresting to anyone but me. That I haven’t mined my idea for any deeper meaning. That it won’t measure up. Rejection.

How do you get past that and get any writing done?

Ah, funny you ask. I wonder that myself sometimes. *laughs* One of the most daunting aspects of writing is that the more you learn how to write well, the easier it is to mess up. At the same time as your writing improves, you learn more ways to fail, so to speak. That can really freeze you up if you allow it to. The trick is not to take yourself too seriously, especially early in a draft, and remember that mistakes are a part of the process, too. They can guide you to the heart of your piece, if you’re willing to get them out on paper first.

Mistakes are a part of the process. I like that.

I figured you would. That’s the beauty and the joy of writing, and the key to finding flow.

What’s that? The key to finding flow?

Grace. Writing, like any form of self-expression, is extending grace to yourself. You don’t have to get it right on the first try. No one’s requiring that of you. Only you’re doing that. You get as many do-overs as you need to make it work.

And this, my creative friends, is the take-home message from the post-flow interview I undertook with myself: Extend yourself grace. Prepare as much as you can, then give yourself room to be surprised by the power of your own imagination. The bad writing days will likely outnumber the good ones. It hardly matters. The point is to write, whether your fears are deafening or you’ve beaten them down to a dull roar.

When you’re sharing that polished draft, no one’s counting how many rewrites it took to get there. That’s between you and the Page and, believe me, that’s one of many secrets you can trust the Page to keep.

“This pure little drop from a pure little source was too sweet: it penetrated deep, and subdued the heart.”

“Art can be defined as beauty able to transcend the circumstances of its making.”

“Our truest life is when we are in dreams awake.”

“Might we then begin to transform our passing illuminations into abiding light?”